Kathy Walter Steele is an energetic, fiscally conscious, and goal-driven director, who approaches her duties with her pragmatic flair for problem-solving and program development, which results in measured successes and improvements.

Kathy Walker Steele a native of Nashville, TN relocated to the Metropolitan St. Louis area after receiving a Bachelor’s Degree in Education and Psychology from Fisk University.  She earned a Master’s in Education Administration from the University of Illinois and an Education Specialist Certification from Lindenwood University.

She began her 33 year education career in the East Saint Louis School District as a teacher and ultimately became Assistant Superintendent. Currently, she is a teacher consultant at Southern Illinois University at Edwardsville-East St. Louis Center for the Project Success Program.  Her greatest joy has been serving the students in the East St. Louis Community for over 40 years.

Walker Steele served as the Central Regional Director of Alpha Kappa Alpha Sorority, Inc. from 2014-2018, she is the 29th Alpha Kappa Alpha woman to serve in this position. During her administration, the Central Region enjoyed its first digital magazine, the “CONNECT.” Green Initiatives were apparent with the Chapter Files Archiving System and the electronic submission of award entries. Webinars were hosted for chapter presidents and graduate advisors for training and information dissemination. Regional conference expenses were reduced through the purchase of regional assets. In addition, the Kathy Walker Steele Endowment Fund was capitalized within six months of her assuming office — a first for the Central Region.

An energetic, fiscally conscious, and goal-driven director, Kathy Walker Steele approached her duties with her pragmatic flair for problem-solving and program development, which resulted in measured successes and improvements within the region. Under her leadership, the region drew a record number of attendees at its annual conferences. The region’s active membership significantly increased. Chapters and members were often highlighted for their accomplishments; and successfully launched programs and services that benefitted thousands of recipients throughout the eight states which comprise the Central Region. An effective communicator, Kathy sought to be fair-minded and approachable throughout her tenure. She aligned her guiding strategies with the overarching purpose of the Sisterly Relations Committee, so much so that she came to be known as the Sisterly Relations Soror.

Ever dedicated to ensuring the sorority is at the forefront of its mission, Kathy is unwavering in her commitment to serving humanity through the articulated mission of Alpha Kappa Alpha Sorority, Inc. 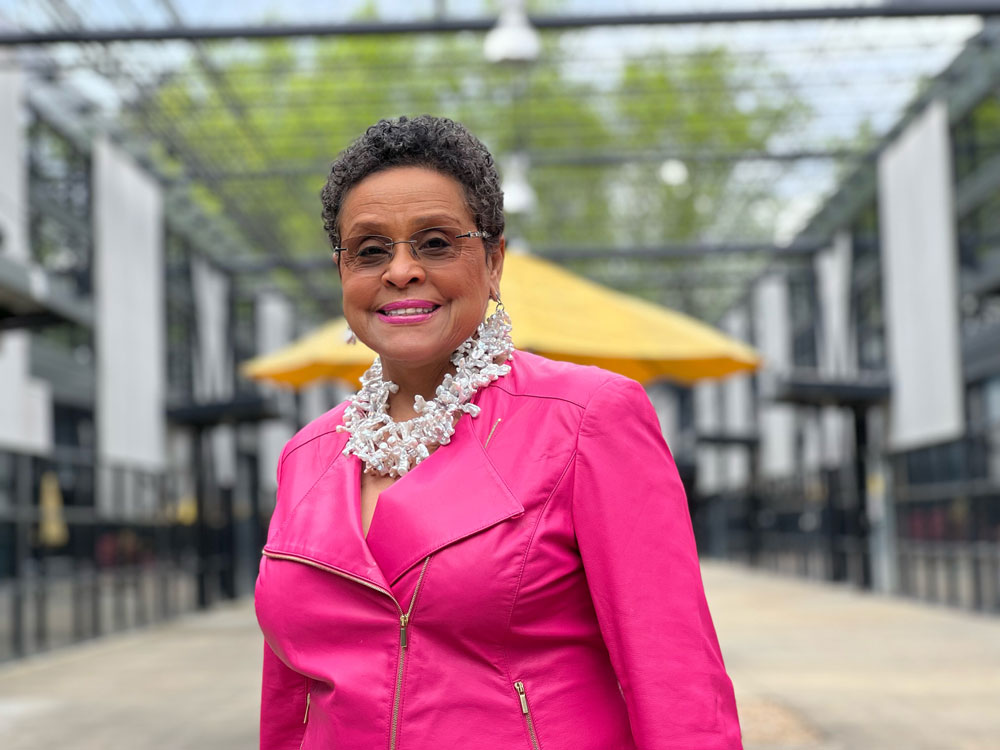 A Life member, she has been a devoted member with uninterrupted service since she became a member in 1977 in Delta Delta Omega Chapter in East Saint Louis, Illinois. She has served the sorority at the local, regional and international levels. She was the Central Region’s Representative to the Centennial Committee and chairman of the Sorority’s 64th international convention held in St. Louis in 2010. She also served as president of Delta Delta Omega Chapter. Walker Steele presently serves as Co-Chairman of the Sorority’s International Chapter Basileus Certification Committee. This committee offers training for sorority members who serve as Chapter President and those who desire to serve in that capacity

She is a member of the Archway (MO) Chapter, The Links Incorporated and Circle-Lets, Inc.  Mrs. Walker Steele was recognized as one of St. Louis’ Outstanding Women in Civic and Educational Leadership by the Urban League of St. Louis.  She is a devoted member of the Beloved Community United Methodist Church in St. Louis, MO.

In her spare time, she enjoys the friendship of dear friends and considers it a blessing to travel with family/friends. A lover of people she prays for world peace.