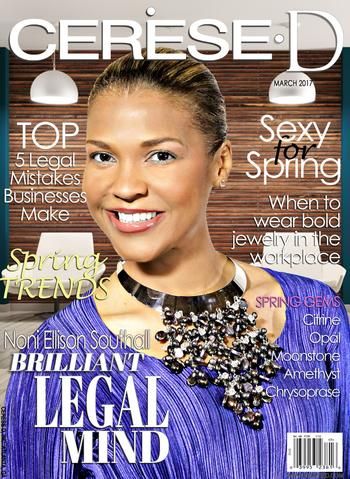 Prior to Grainger Ms. Southall was with Turner Broadcasting Systems, Inc., a Time Warner Company in roles of increasing responsibility, often handling licensing and other intellectual property matters.  She was the head of Turner’s music division and a lead marketing attorney for Turner’s entertainment networks. She also completed a long term assignment in Turner’s Hong Kong office, negotiating international joint venture and licensing deals. In 2014, she delivered the keynote address at the 25th Golden Melody Awards (Chinese equivalent to the Grammy Awards) in Taipei, Taiwan.

Throughout her twenty year legal career, Ms. Southall has been a catalyst in the workplace. She has distinguished herself as an innovative, strategic, thought-provoking leader who has influenced the lives of employees, young professionals and students and has spearheaded efforts to create a more productive and cohesive work environment. She currently serves as a mentor for the University of Chicago’s Doctoroff Business Leadership Program and was previously a T. Howard Foundation mentor and a Turner Women Today Circle mentor. She was a founding member of the Working Parents at Turner and Black Professionals at Turner business resource groups and also represented Turner’s Legal Department on the Supplier Diversity Council Taskforce.

Additionally, she is a dynamic and sought after speaker, often serving on panels at colleges, law schools and conferences around the nation, including the University of Chicago Women’s Leadership Summit, National Summit of Black Women Lawyers, Corporate Counsel Women of Color, Savoy Women’s Leadership conference, Minority Corporate Counsel Association’s Creating Pathways to Diversity conference and Inside Counsel’s Women, Influence and Power in Law conference. In March 2017, Ms. Southall will serve as a featured speaker for the Chicago Network’s Launch Pad for Women Senior Leaders Conference in Chicago, Illinois.

Before Turner, Ms. Southall worked at Scripps Networks, Inc. and with two prominent national law firms.  During this time, she worked on a variety of distribution, finance, bankruptcy, corporate governance and business formation issues.

As a respected leader in the community, Ms. Southall is actively engaged with numerous organizations that span diverse interests. Currently, she serves as a member of the University of Chicago Law School’s visiting committee and serves on the board of the Atlanta Speech School and the Fulton County Public Access Channel.  She recently completed a five year term as Vice Chair of the Board of Directors of the Metropolitan Atlanta Rapid Transit Authority (MARTA), the nation’s ninth largest transit system ($6 billion net worth), and she is the immediate past two-term Chair of the Board of Directors of the Urban League of Greater Atlanta. Ms. Southall has previously served on other local and national boards to include the Emory University Board of Visitors, the National Association of Multi-Ethnicity in Communications (NAMIC), the Southern Center for Human Rights and the Black Entertainment and Sports Lawyers Association (BESLA). She is a founding member of Black Women in Entertainment Law and is an active member of The Links, Incorporated (the Dogwood City Chapter), Jack and Jill of America, Inc. (Atlanta-Buckhead Chapter) and Delta Sigma Theta Sorority, Inc. (Atlanta Alumnae Chapter). Ms. Southall is a member of UNCF’s “A Mind Is” Giving Society and previously served as Vice Chair of the Annual UNCF Mayor’s Masked Ball. She has also served as a member of the National Black Arts Festival Gala Steering Committee and a member of the Host Committee for the American Jewish Committee’s National Human Relations Dinner.

Ms. Southall’s contributions to the legal and civic communities have not gone unnoticed. She received the Georgia Diversity Council’s “2016 Multicultural Leadership Award” and was featured in Inside Counselmagazine as a member of the 2015 and 2014 R-3 100 list of women poised for prominence, Diversity & The Barmagazine as a “2013 MCCA Rising Star in the Legal Profession” and The Atlantanmagazine as a “Woman of Influence and Power”. Ms. Southall was selected by the YWCA as a “2012 YWCA Woman of Achievement” and was named as the City of Atlanta’s “2012 Powerpreneur in Media and Entertainment”. The Atlanta Business League selected her as a “Woman of Influence” and the National Bar Association named her as one of the “2011 Nation’s Best Advocates: 40 Lawyers Under 40”. Ms. Southall is a member of the Leadership Georgia Class of 2012, the Leadership Atlanta Class of 2014 and is a recipient of the State Bar of Georgia’s 2012 Justice Benham Service to the Community Award, the Georgia Association of Black Women Attorney’s 2014 Founders Award, the National Council of Negro Women’s Tribute to Black Women Community Leaders Award, the Atlanta Alumnae Chapter of Delta Sigma Theta, Inc.’s 2013 Torch Award, the Trumpet Awards Foundation’s High Heels in High Places Award, the Virginia Union Alumni Association’s 2014 Service to the Community Award and has been featured in Who’s Who in Atlanta. Additionally, she was selected by AIPAC as a 2013 American Israeli Education Foundation Fellow.