Have you met Tremelle I. Howard? Let’s get to know her – community leader, advocate, attorney, published author and nonprofit leader. She’s had her ups and downs but her strong community of friends, sorority sisters and family have helped her weather the many storms she has faced. 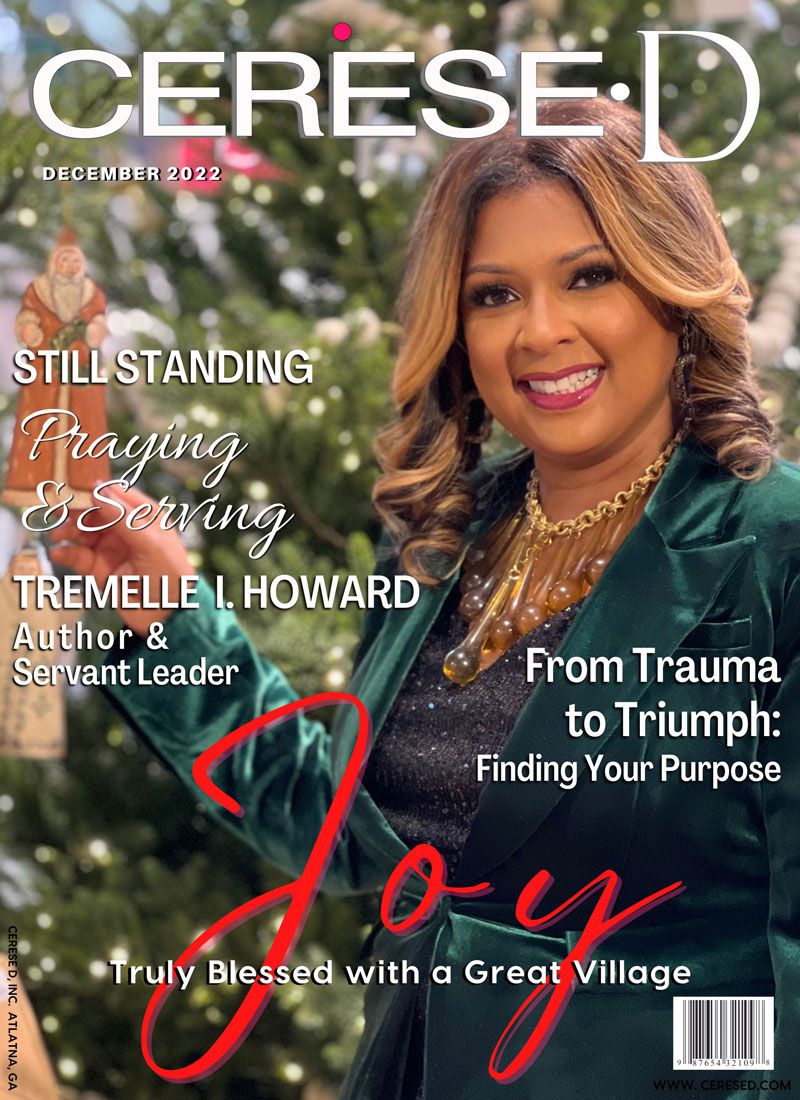 Check out what Tremelle’s wearing.

Tremelle I. Howard, Esq., is a native of Philadelphia, Pennsylvania. She grew up in the South Philadelphia community where faith, family and friends were stressed during her early rearing at the New Central Baptist Church under the leadership of Rev. Leonard M. Howard, Sr. Tremelle was active in her church through graduation and began her initial move south, starting in College Park, Maryland where she attended the University of Maryland.

A daughter of a social worker, Tremelle studied Sociology and African American studies earning a Bachelor of Arts in 1993. During Tremelle’s time in Maryland, she served as an editor for the Maryland Black Explosion Newspaper, sang in the Gospel Choir and pledged her commitment to Alpha Kappa Alpha Sorority, Inc., Theta Nu Chapter when she was initiated on March 29, 1992. A 30 plus year member, Tremelle has remained committed to serving her community through direct acts of service, leadership and raising funds for scholarships. At present, she is a member of the Sigma Omega Omega Chapter in Douglasville, GA and has served as a two-term president, foundation president, membership chairman and fundraising chairman to name a few. 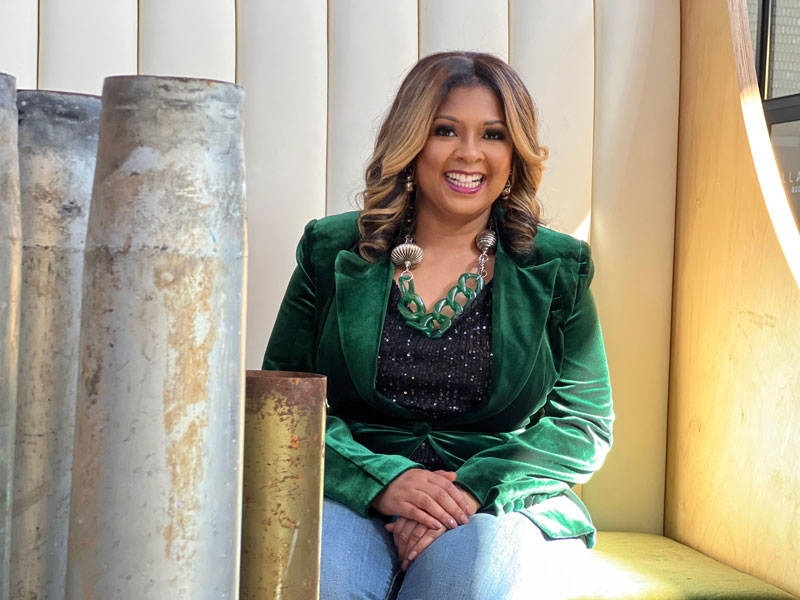 Professionally, Tremelle is a licensed attorney in Georgia and Pennsylvania. She earned a Juris Doctorate from the University of Pittsburgh School of Law in 1997. She began her legal career as a law clerk to the Honorable Doris A. Smith-Ribner, on the Pennsylvania Commonwealth Court and one year later, she joined the City of Philadelphia Law Department. At the Law Department, Tremelle was hired by the elite Civil Rights Unit getting to live her life dream of litigating in federal district court on issues that impacted her Philadelphia community.

After a successful career with the City of Philadelphia, Tremelle entered private practice in 2004 and operated her own law firm for two years before moving to Georgia.  Since making the West Georgia community her home, Tremelle has practiced law in Atlanta, Georgia mostly as a federal labor prosecutor. As a result of her stellar work performance, Tremelle currently leads a federal legal team that is committed to protecting workers and retirees with offices in Atlanta and Nashville. Tremelle is the first African American woman to hold this role in the region and the only African American woman Senior Executive in her agency.  She is a trailblazer who has made an indelible impression in her agency and department. In addition to her law duties, Tremelle is a DEIA leader and champion, ensuring that her agency provides cutting edge training to its more than 700 employees by designing ways to build DEIA into its infrastructure from recruitment, onboarding, and the retention of employees.

Tremelle’s time in Georgia has had its ups and downs but her strong community of friends, sorority sisters and family have helped her weather the many storms she has faced. Let’s delve a little deeper into Tremelle’s story.

Tremelle what has been your greatest challenge since moving to the metro Atlanta area?

Wow, that is a huge question, I would say the passing of my daughter, Mikayla Courtney. Mikayla was born July 10, 2007, and was the joy of my life. Her life was tragically cut short when she drowned at a residential pool in Miami, Florida on June 16, 2012, just three weeks before her 5th birthday.

Can you share what that was like for you- losing your only child to such a traumatic accident?

It was hard for the obvious and not so obvious reasons. First- it was extremely hard because I was hundreds of miles away so when I got the call that she was in a pool accident I could not get to her. It was also challenging because there were so many questions that were never answered. Also, I went from living what seemed like this perfect life to living a nightmare. We came home to an empty house. A house that no longer was filled with a child’s laughter or the patter of small feet- the silence was deafening.

How did you manage such a loss?

I managed each day with great faith, family, my sorority sisters, and friends. Everyone was so supportive. My family and even some friends traveled to Georgia to stay with us- just to be there. Sorority sisters (Sigma Omega Omega and Theta Nu alumni) were always on the ready. Whether it was sending daily and weekly texts or just making sure they saw me during a business trip while in Atlanta.

And my church families- that’s right it is plural- Zion Hill (Atlanta), Enon Tabernacle (Philly), New Birth (Miami) and Elizabeth Baptist (Atlanta) prayed for us, visited us, and supported us. I could not have done it without my family, church family and sorority sisters. I am truly blessed to have such a great village. I am forever grateful.

I can’t imagine losing a child let alone an only child. How do you cope with the pain?

I prayed and served. Serving others has helped me fill the void of losing Mikayla.  I poured myself into helping others whether through the sorority programs or serving domestic violence survivors through my service as a Board member on the SHARE House Board of Directors in Douglasville, Georgia. I also turned to what I knew which was my faith. Without God I truly do not know where I’d be. I am beyond grateful to my mother who introduced me to Christ at an early age. I doubt that I would be Still Standing if I didn’t have that spiritual foundation.

What are you doing today to honor Mikayla’s memory?

In the fall of 2021, I established the Mikayla Cares Foundation, Inc. a 501c3 organization. Mikayla Cares’ mission is to help children learn to swim, provide swim equipment and educational scholarships to students attending college. This past June, the foundation hosted its first fundraiser, All Stars for Mikayla where the foundation was unveiled to the metro Atlanta community in Douglasville, GA. Supporters came from near and far styled in their favorite chucks and summer chic attire to raise awareness and funds for water safety and education. The fundraiser was a resounding success. We plan to support children in the metro Atlanta, Philadelphia, and Miami area.

Why have you selected those areas to service?

I decided on those service areas because they are the areas where Mikayla visited the most in her short life and these places were special to her. First, she is an Atlanta baby. The metro area is where she lived and loved. And while she lived in Douglasville, we worshiped in Atlanta, she attended a preschool in Atlanta and spent a lot of time in the metro area. Philadelphia is my hometown, and it is a place where Mikala found safety and love. As a result, I am committed to blessing children in the Philadelphia community. And finally, Miami, this is a city that was Mikayla’s second home and unfortunately the location where she passed. I need to honor this area because with the hurt that represents Miami, Florida there are also so many blessed memories. Further with swimming being a true year-round activity we want to ensure children get the support they need to be safe around water.

I understand you are also a published author. Tell us a little about your book?

Yes, June 25, 2022, I released my first book, Still Standing: Blessings, Burdens & Brighter Days After the Loss of a Child. My book shares the story of my life- but specifically how my upbringing as a believer in Jesus Christ helped me persevere and press forward after losing Mikayla. I offer hope to the reader and provide suggestions on how to handle trauma and why finding your passion in response to trauma is essential. 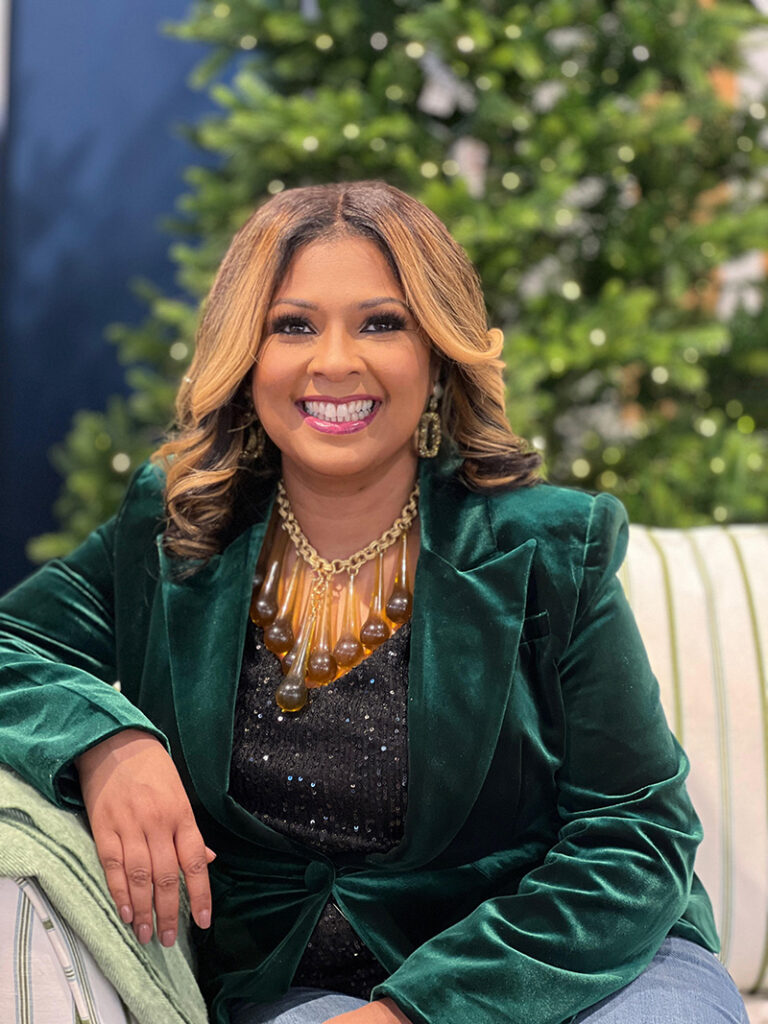 As we wrap up this article, I wanted to mention that in addition to Tremelle’s legal work, her commitment to her foundation and now the marketing of her book, she is involved in various organizations that is focused on helping and building others up. Some of her affiliations include: the National Coalition of Negro Women, Northwest Georgia Section – Charter and Life Member, Current and Chartering President of the West Georgia (GA) Chapter of The Links, Incorporated, South Atlantic Regional Representative to the International Constitution Committee of Alpha Kappa Alpha Sorority Inc., and member of the Board of Visitors, University of Pittsburgh School of Law.

In and through these roles, Tremelle has also:

Tremelle has also been awarded numerous awards and recognitions for her work and service too numerous to list. However, most recently she received the 2021 DEIA Award from her employer, the 2021 Community Service Award from SHARE House of Douglasville, the 2017 Sisterhood and Service Award, the Georgetta Royals Silver Soror Award in 2018 and Sister of the Year from her local sorority in 2012.

In concluding our feature, we asked Tremelle what she wanted readers to remember, and her response was: “God is amazing. He has kept me when I couldn’t or didn’t feel kept. He used family and friends to be my very help in my time of need. One of my favorite scriptures truly embodies what I know has been the grace of God these past 10 years, Romans 8:28, “And we know that all things work together for good to them that love God, to them who are the called according to his purpose.” I know that HE is working it out for my good so no matter the obstacle, I will continue to STAND knowing that God will never leave me or forsake me.”

Copies of Tremelle’s book, Still Standing: Blessings, Burdens & Brighter Days After the Loss of a Child, and information about book signings and speaking engagements can be found at www.tremelle.com.