Lead-in, teaser sentence, no more than two lines, just to introduce the concept and give highlights.

Dr. Marcia Forbes is co-founder, co-owner and Executive Chairperson of Phase Three Productions Ltd. a company that is over 30 years old and stands as one of the leading multi-media television production entities in the Anglophone Caribbean. On an annual basis Phase Three produces several hundred hours of indigenous television content, with distribution throughout Jamaica via local TV/Cable stations and to the wider world by satellite and or streamed via the Internet. Dr. Forbes’s personal commitment to the creative industries of Jamaica is being achieved through her continued work in training industry practitioners and interns.

Her role as an Adjunct Senior Lecturer in media management at Caribbean Institute of Media & Communication (CARIMAC), University of the West Indies (UWI), where she also sits on the Advisory Board, allows her to provide guidance to Master’s level students. Through her instrumentality, Phase Three Productions provides internship training to youth from a variety of institutions, including universities (UWI, UTech, NCU, overseas) and the National Youth Service (NYS).

• Professional, Experienced Television Crews that have worked in over 12 Caribbean Countries as well as the USA

• Leading Technologies for TV High standard of scholarship and a demonstrated commitment to professional and public service. Ph.D., CD

In 2017 Marcia Forbes was conferred with a national honour by her country, Jamaica – the Order of Distinction (OD), Commander class (CD). She was recognized by The De Kalb County, Atlanta, Georgia for her use of media “as a positive tool to impact both the country and the world” (2011) and by The Queen’s School in 2014 for being an outstanding alumna.. In 2012 she was publicly acknowledged by former Prime Minister Simpson-Miller for her work in support of women.

At Emerson College Forbes was inducted into the National Communication Honor Society in light of her “high standard of scholarship and a demonstrated commitment to professional and public service.” As an undergraduate at the UWI she received the Dean’s Award for Excellence for two consecutive years.

Marcia Forbes was the first General Manager of Television Jamaica (TVJ) and a member of its Board of Directors. She spearheaded the transition of that station from the loss-making, Government-owned JBC into a profitable, fully-owned subsidiary of the Radio Jamaica Communications Group with established market leadership in television, before demitting office to pursue a Ph.D.

Marcia Forbes is committed to giving back to Jamaica and the wider Caribbean region. She has served and continues to serve on several boards and is involved in the work of many organizations, including but not limited to the United Way of Jamaica, Chairperson Board of Governors 2017 (Dec.) – present; Spectrum Management Authority, Chairperson – Technical Operations Committee; Inter-American Development Bank,Jamaica, Member of ConSoc. 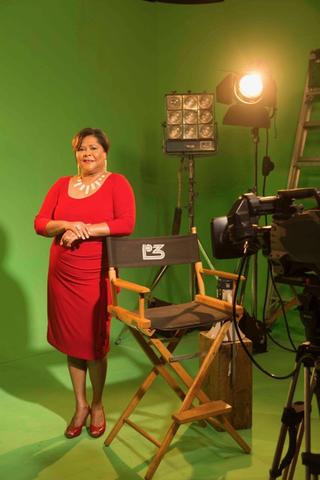