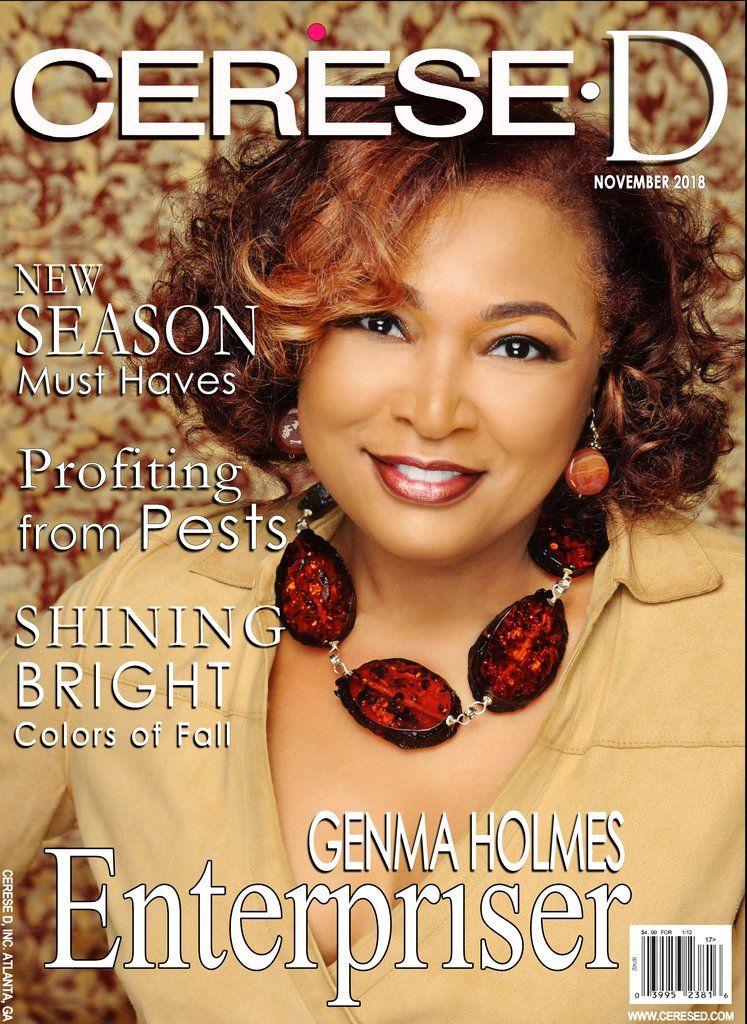 Genma Stringer Holmes is a highly-recognized and award-winning Serial Entrepreneur, Media Influencer, and Editor-in-Chief. She is the owner of Holmes Pest Control, Executive Producer of Living Your Best Life Radio, and the Editor-in-Chief of GSH Media.

Genma’s heart for non-profits and organizations, combined with her communications skills, have won her numerous awards from the International Association of Business Communicators, for projects as diverse as editorial work on several print publications, to digital communication branding and management.

Among the many social media campaigns Genma has created and managed, you’ll find prestigious organizations such as The Ohio State University; MD Anderson Cancer Center; University of Houston; Intercultural Cancer Council; University of Tennessee at Memphis; Meharry Medical College; The Links, Incorporated; and the National Day of the American Cowboy, to name a few.

Genma has also been recognized for her various philanthropic endeavors. In 2015, Genma was recognized by the Association of Fundraising Professionals as a Difference Maker Honoree on National Philanthropy Day for her work with military families. In 2017, she was a Nashville Business JournalWomen of Influence Honoree, and she was chosen as the Brentwood Woman’s Club Member of the Year. In 2018, she was named one of The 25 Most Influential Black Women in America, and she received the President’s Choice Award from the Brentwood-Franklin Women’s Service Club for her work with the General Federation of Women’s Club.

If you talk with Genma for any length of time, you’ll know why she is internationally known for her advocacy work for military families and veteran communities. She has received numerous accolades for her work as the founder of the Military Fund at the Frist Art Museum in Nashville, Tennessee. She has helped raise over $600K for military families during her annual Christmas #livingtogivenow social media campaign, and with her fundraisers that benefit veteran service organizations. For the past several years, Genma has proudly helped the Rotary Club of Nashville, the third largest Rotary Club in the world, with their Veteran’s Day Program by securing notable speakers who have made the program one of the club’s most attended events.

Genma has been featured in numerous publications including, most recently, Nashville Business Journal, The Tennessean, Style Blueprint, Essence, Black Enterprise, The Network Journal, The New York Times, Speakers Magazine, Family Business, Worthwhile, First Woman and Huffington Post. For nearly ten years, Genma has been heard during the holidays on the Tom Joyner Morning Show and she can be heard each weekend on Living Your Best Life Radio on WENO in Nashville.