Paulette Roby has been marching for Civil Rights since she was a child. And she’s still marching. 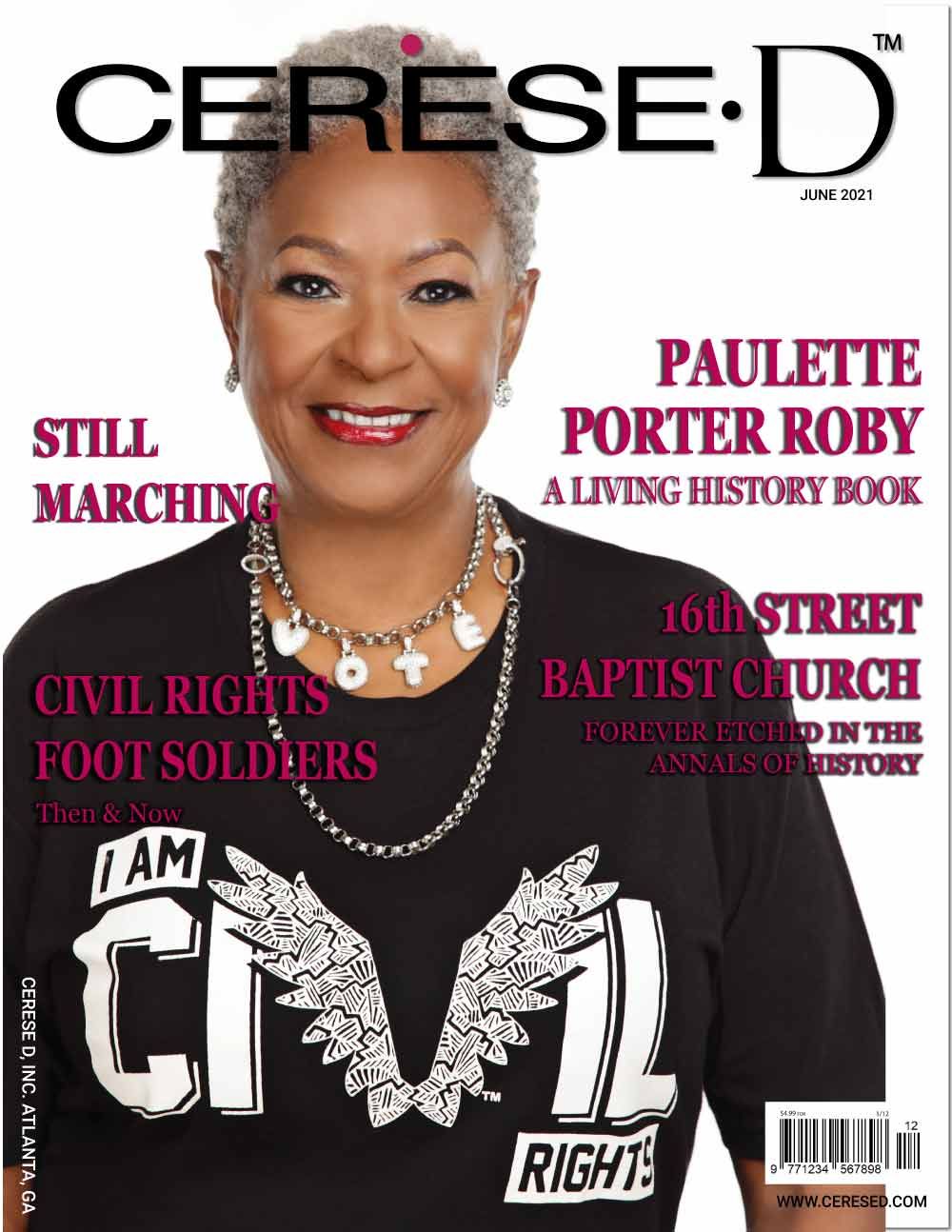 During 1963, Birmingham was known as one of the most racist cities in the South. Dr. Martin Luther King, Jr. had described it as a “symbol of hard-core resistance to integration.” Civil Rights activists had nicknamed it Bombingham, because of the frequency of violent attacks against those fighting the system of segregation. The children of Birmingham played a key role in the civil rights movement of the 1960s, and their courage and determination, then, matters today.

Six months into 2021, the Black community is fighting against voter suppression that is being supported by nearly every state legislatures and some elected leaders to the U. S. Congress; police violence against Black women, men, teens, and underage children is videotaped day after day; an insurrection on democracy witnessed by millions but is feigned by 147; safety in public spaces; and the Jim and Karen Crows disregard for anything Black from health to wealth have made 2021 look like 2020’s first cousin with a virus.

As we grapple with the mental fatigue from above, meet Paulette Porter Roby, a face of courage who believes in hope and Black Lives Matter, then and now. In 1963, 13-year-old Paulette left her classroom to become one of Birmingham’s Children Foot Soldiers who fought on the Civil Rights front lines for equality for her generation, and unbeknownst to her at the time, an inspiration for future generations to come. She was one of the youngest protesters who was arrested for standing up to the police led by then public safety commissioner Bull Connor, a determined segregationist. Paulette and other Foot Soldiers’ stance against segregation and racism helped change the course of the 1960s’ Civil Rights Movement and gave the momentum that helped cement the Voting Rights Act of 1964 into law. Throughout 1963, Birmingham’s Children Crusade nonviolent campaigns helped win victories in getting concessions from segregationists for Dr. King and local Civil Rights leaders. But those victories came with a heavy toll on the community. 16th ​Street​ Baptist Church, a meeting point for Paulette and the many school age Foot Soldiers, was also the target of a bombing that is forever etched in the soul of the Birmingham community and the annals of American and World History.

Unable to vote at 13, Paulette knew if she did not fight for her future, then, and the future of her people, she would not be able to vote later in life. She persists with that fight today, 58 years after the Birmingham’s Children Crusade garnered unprecedented national and international media attention for its brutal assault on the child protesters, the community and even innocent church goers. Through the lens of wisdom, Paulette recognizes, now more than ever, it is important for the Black community to know that our history lessons are for us to excavate for not only insight and knowledge but to continue to engage and create strategies to help prevent the injustices of yesteryear but also stop the injustices of an ever-evolving societal system that has been woven like an invisible cloak. A cloak not to keep the community warm and bring comfort but to cover up man-made systems that keep us from addressing root causes of systemic issues that overwhelm and discourage Black communities. Black people must fight to stay empowered with solutions to build up our communities and leave legacies for our young people and our future. Paulette believes voting is one of the strongest allies of ​the ​Black community in that battle. No matter how difficult some are trying to make the hard-fought for right to vote become a vague memory from the past and not a freedom that should endure forever.

Today, as the Chair of the Civil Rights Activist Committee at the Foot Soldiers headquarters in Birmingham, Paulette meets with Black Lives Matters movement members, high school students, and visitors from around the world who are sick and tired of being sick and tired. She shares her personal chronicles of being a Civil Rights Foot Soldiers, then and now. She also makes sure history does not forget those who walk beside, in front, and behind her. She talks openly in public spaces about the progress of Black Americans and​ their​ communities have made. She also addresses issues within the community that must be fixed by us for us. Paulette believes Black communities must be present and doing the work while working together so when we call out targeted racists acts and unearth intentional wrongdoings that harm Black minds, bodies, and souls. This ​should be ​done without fear and the need to make concessions that sets us back instead of propelling us forward.

We are one year out from the killing of George Floyd witnessed by millions; 100 years after ​the ​torching of Black Wall in Tulsa, Oklahoma that wiped out millions of dollars of collective wealth from the Black community; and 156 years since the first Juneteenth (the emancipation of Black slaves in Texas); Paulette vows to continue to fight for equality, march even if she does not have shoes on her feet; and will continue to protest as if her life depended on it. Because it does! Paulette talks frequently ​to national and international audiences ​about inspiring ​stories ​that represents the resiliency of​ Black people coupled with tears for our collective untold pain and loss. She believes ​the history of Black people​ must never be forgotten or swept under a flag for the sake of moving on. It is a part of our heritage and must be remembered. And shared. 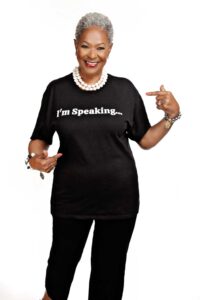 In a recent Associated Press story on the Foot Soldiers, Paulette stated, “This battle has no end.” Encouraged by the visibility and courage of today’s young leaders, she said, “They are needed. There will be a demand for soldiers throughout the generation of eternity who are willing to continue the battle for justice, peace, and equality.”

Nationally and internationally known, Paulette is ad​mired​ and sought after. ​Married to Vietnam Veteran Curtis Roby (USMC) who also marched ​​on the front lines and mother of two beautiful daughters, ​​Paulette​ is a living history book and continues to add to history daily as she meets with visitors to Birmingham’s Historic 4th Avenue Business District.  She joins the ranks of Harriet Tubman and Sojourner Truth for being a brave warrior who was willing to endure the suffering administered by Birmingham’s police water cannons and trained attack dogs rather than continue to live where laws were meant to keep Black people oppressed and desperate.

This Juneteenth, join Cerese D and the ​spirit​ of Birmingham’s Foot Soldiers by honoring our ancestors, our living heroines, and unsung heroes’ courage and bravery by making sure you, your entire family, friends, and members of your organizations are registered to vote. Let us be sure to vote in every local, state, and national elections. ​Our lives depend on it!​