Meet Dr. Katasha S. Butler: brains, beauty and belle of the ball all rolled into one! When she is not talking pharmacy strategy and compliance by day, she’s an entrepreneur that lives her life in service to others and in pursuit of the perfect party! 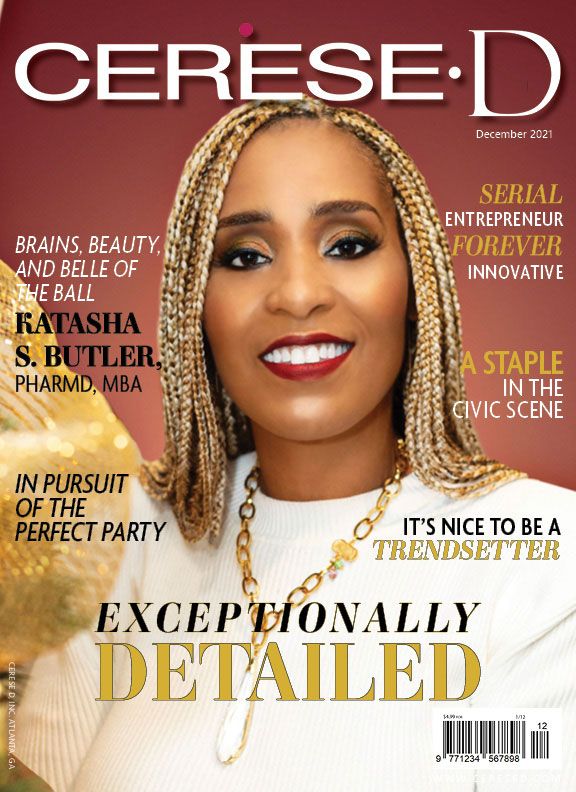 Meet Dr. Katasha S. Butler: brains, beauty and belle of the ball all rolled into one! When she is not talking pharmacy strategy and compliance by day, she is designing lush and luxe anniversary parties, conferences and Parisian-inspired pop-up parties at night. Katasha S. Butler, PharmD, MBA is a pharmacist and an entrepreneur that lives her life in service to others and in pursuit of the perfect party!

Katasha grew up in rural Danville, Illinois—a small, homogenous, rural town in East Central Illinois. After joining the district’s gifted program in elementary school, Katasha was the only Black female within a core group of students until high school. A last-minute decision during senior year led her to Atlanta, GA, where she attended the premier Spelman College as a Chemistry/pre-pharmacy major. Although it was like entering an alternate universe for the young Katasha, Atlanta, Spelman, and the Atlanta University Center fueled her passion for Black excellence and the Black experience.

Pharmacy school led Katasha back to the Midwest and she landed in Indianapolis to attend Butler University. Her love for wedding and party planning started there. “Often, I would sit in the back row of class in pharmacy school looking at fashion magazines. I have always loved beautiful things. Next to my class notes were InStyle and Glamour. I studied them as hard as I studied for my class. It was not long before my classmates started turning to me as they were getting engaged. I planned and catered my first wedding for a couple that I did not know as a P4 student. That is how I made extra money while I was on clinical rotations,” Butler told Cerese D.

She went on to obtain two degrees at Butler, including a Doctor of Pharmacy degree, and dove fulltime into a pharmacy career. Katasha became a pharmacy leader in less than six months after passing her pharmacy boards. Currently, a pharmacy leader at a local county safety-net hospital in Indiana, Dr. Butler worked her way up the ranks with several leadership roles:  Clinical Pharmacy Director for a federally qualified health center and a managed care plan, Pharmacy Supervisor for a women’s hospital, and Section Chief/PGY1 Residency Coordinator in the federal health care system. 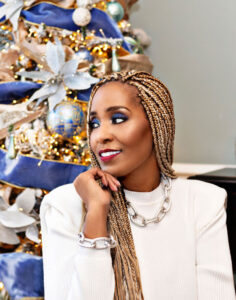 Throughout her career, Katasha has been recognized for her leadership and hard work, including selection for the highly-competitive national Health Care Leadership Development Program and graduation from the VISN 12 Leadership Development Program with the VHA system. She’s received the 2014 Director’s EEO Award, the 2014 VISN 11 Diversity Award, two Special Contribution Awards and numerous other recognitions. She is a contributing faculty member at Walden University and an Adjunct Assistant Professor at Butler precepting pharmacy students in their last year of pharmacy school. She has been published in The Annals of Pharmacotherapy and has been featured in several books about pharmacy and entrepreneurship including Single. Women. Entrepreneurs., and Plan C: The Full-Time Employee and Part-Time Entrepreneur by Erin Albert and Entrepreneurs in Pharmacy: and Other Leaders by George Zorich.

IN PURSUIT OF THE PERFECT PARTY

When she is not in the pharmacy, event planning and community service are her other passions.  Dr. Butler started her event planning company, K Sherrie+Company, LLC in 2007.  She also co-owned an event venue in Danville for almost seven years—Social.  Social became the gathering spot for Danville! “I love throwing parties and events. I always try to make sure that the events are tailored to the client, innovative—bringing out elements that are not seen everywhere—and an experience,” says Butler. “Although I get annoyed when I see something that I have done before pop up somewhere else, I do realize there is nothing new under the sun and it is nice to be a trendsetter. If you want to do something after we have already done it, fine by me. I am very competitive with myself—making sure I up the ante with every new event I take on.” That is how Katasha came to bring Le Dîner en Blanc (DEB) to Indianapolis. Le Dîner en Blanc is an exclusive all white attire party started in Paris by François Pasquier in 1988 and has taken the world by storm for those that love to meet new dinner guests, dine under soft candlelight, and dance into the night at a public location in a place that is kept secret until the very last minute. Guests arrive from different locations to a landmark in that city. After attending the Diner en Blanc affairs in New Orleans, Cincinnati, and Chicago, Katasha decided that Indy needed its own event, and she could get it accomplished. That led to DEB Indy being introduced to the city with 1,300+ guests on the hallowed Pit Row of the famed Indianapolis Motor Speedway in 2018. “The funny thing is—after the event, our contact at the motor speedway confessed that he thought we were crazy when I first brought the idea. He could not figure out how I would convince people to buy a $100 ticket to an event where they have to bring everything they need, they do not know where they are going or what they would do when they got there,” Butler explained. “I’m just glad he was crazy enough to run with us!”  And the rest, as they say, is history! DEB Indianapolis had its third installment this year, with over 1,700 guests at the Old Washington Street Bridge in the heart of Indianapolis.

A LEADER WHO GIVES BACK

Exceptionally detailed events with crowd-pleasing intimacy are synonymous with Katasha’s professional and personal brands. It should come as no surprise that when former First Lady Michelle Obama spoke to a sold-out crowd of 12,000+ people at the Bankers Life Fieldhouse in Indianapolis in February 2018, Katasha was connected to that event through her involvement with the Women’s Fund of Central Indiana Options Class 18. She believes in the empowerment of women and young girls and used her network of relationships to help promote ticket sales.  Katasha made sure that 39 of her closest friends were in attendance! The Women’s Fund raised more than $1 million at that event to support their mission.

Katasha’s passion for creating events for causes dear to her heart also helps fuel her creativity. In 2015, Katasha spearheaded an Urban Scavenger Hunt in support of an international target for Alpha Kappa Alpha Sorority, Inc. During the event, hunt teams flooded the Butler-Tarkington area in search of clues to raise money and awareness for Alzheimer’s Disease, honor the caregivers and those afflicted with the disease, for which every day can feel like The Longest Day. She organized the Urban Scavenger Hunt again in 2016 to include Mass Ave and other downtown Indianapolis landmarks.

“I chose to do a scavenger hunt because we wanted to do something new and innovative – there are only so many walks you can do,” said Katasha. “We had a digital command center where the teams texted their pictures back and then received the next clue.” Prior to the hunt, AKA sisters across the nation prayed together via conference call for all affected by dementia and Alzheimer’s. Later, registered groups showed team spirit by dressing in costume and being ready for the challenge of the hunt. Awards were given before a closing ceremony with balloons, and in 2016, a dance party. “The balloon launch at the end was very serene for me and centering. It made me reflect on my grandmother, who was affected by this dreadful disease,” said Katasha, reflecting on her decision to get involved with The Longest Day.

A STAPLE IN THE CIVIC SCENE

Katasha is a staple in the Indianapolis civic scene, serving in leadership roles in several organizations. She has received numerous awards for her service and dedication to humanitarian endeavors including most recently being named ‘Soror Through The Years’ for the Central Region of Alpha Kappa Alpha Sorority, Inc. She is the President-Elect for Ivy Endowment, Inc., the non-profit foundation for her chapter—Alpha Mu Omega Chapter. She also serves AKA on the international level as a member of the HBCU Task Force. Katasha was one of the principal organizers and a Founding Member of the African American Legacy Fund of Indianapolis, the first and only fund expressly for the support of Black people and Black endeavors managed by the Central Indiana Community Fund. As a member of The Links, Incorporated, Katasha was a fellow in the Scott-Hawkins Leadership Institute (Cohort VI) and serves at the Area level. She has also served on the following boards: Alzheimer’s Association of Indiana State Task Force, Butler University COPHS Board of Visitors/Dean’s Advisory Council, Girl Scouts of Central Indiana Board of Directors, Dance Kaleidoscope Trustee Board, Laura Lee Fellowship House Board of Directors, Planning and Zoning Commissioner, City of Danville, IL., Shalom Health Care Center Board of Directors, and United Way of Central Indiana Youth as Resources Board.

When Katasha is not serving others, she is always working on her craft. Forever the innovative, serial entrepreneur, Katasha managed to find time to develop a line of chic, planner accessories—starting with the debut of the Pretty Girl Planner—a disc-based planner system for the ladies of pink and green. Being organized has been one of her keys to success and her planners can help others with time management and organization. In her free time, Dr. Butler can be found recommending the best lipsticks to her friends, following political news and current events, reading, shopping, traveling the world and spending as much time as possible with her HunniBun, Lathen and dog, Marshmallow.